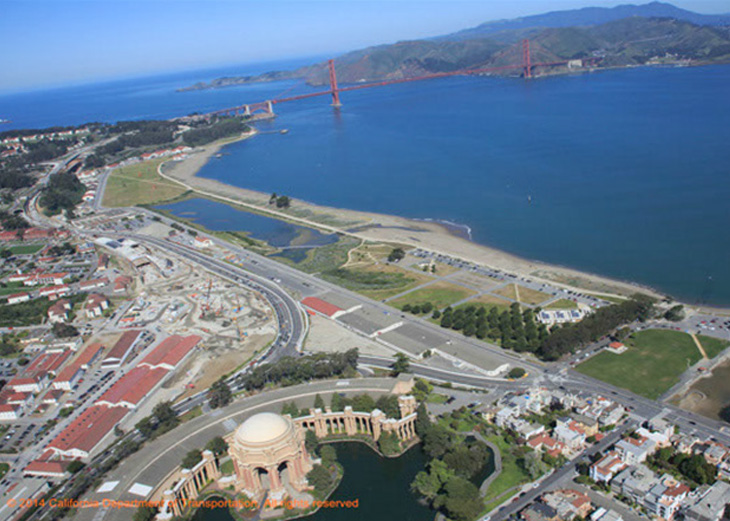 The Presidio Parkway is the south access to the Golden Gate Bridge and it serves as the new multi-modal access to the Presidio of San Francisco, which is the largest urban component of the National Park System in the US, welcoming over 5 million visitors a year. The Parkway is a trailblazing project, the first transportation project in California to be built as a public-private partnership using availability payments.

It encompasses complex tunnel and other structures, and it includes innovations in life safety systems, stormwater handling and other areas required by the sensitive environment where it is located. It posed significant construction challenges, not the least of which were the need to maintain over 144,000 trips a day during the entire demolition and construction period, as well as severe right-of-way and construction constraints because of the presence of historical sites, endangered species and the location of the adjacent national cemetery.

José Luis Moscovich was the main force behind the deal during his 12-year tenure as Executive Director of the San Francisco County Transportation Authority. He oversaw the complex process of environmental clearance involving 13 regional, state and federal agencies with jurisdiction over the project, brokered a funding plan involving nearly 20-different funding sources, led the negotiations for the complex right-of-entry agreements with the Presidio Trust, and successfully argued the case before the California Transportation Commission for the project to be approved for entry into the PPP process under SB4, the 2009 legislation that enabled PPPs in California. He was a key participant in the negotiations leading to the commercial and financial close.